SUSS MicroTec and partners cordially invite you to join this free webinar to learn more about the unique capabilities of inkjet printing and the new ways this digital method of additive manufacturing offers. 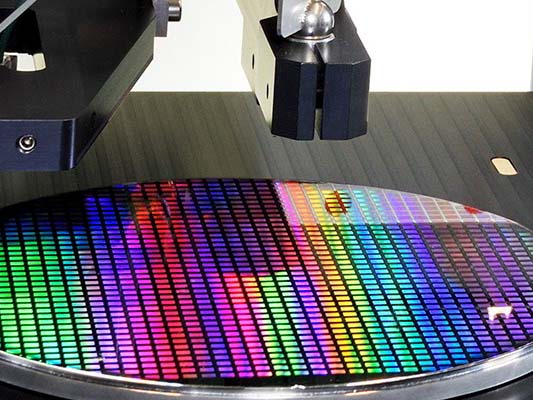 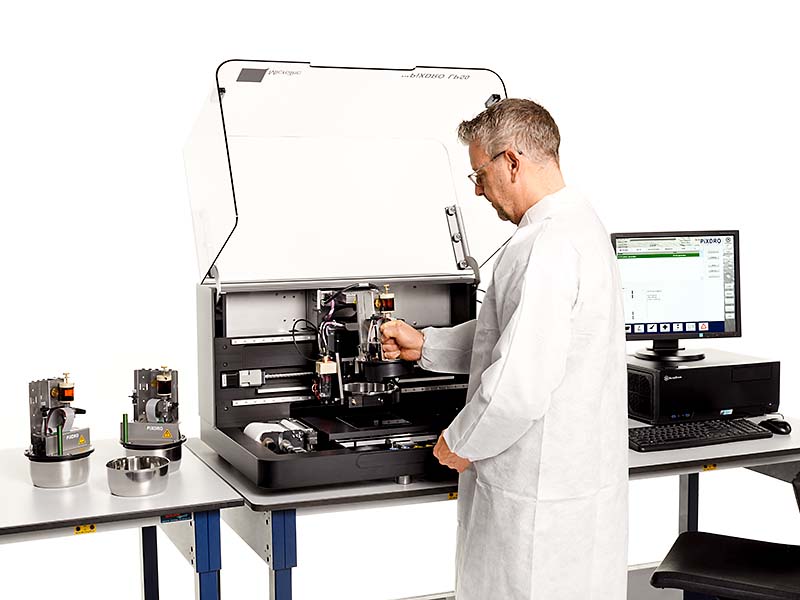 Inkjet printing, a well-developed technology in the graphical industry, found its way into functional printing. It is now used as a manufacturing technology for a large variety of products, even in electronics applications such as printed and flexible electronics, displays, OLED, sensors, PCB, semiconductor assembly, etc.

Each session will be followed by a 15 min Q&A.

Introduction to Inkjet Printing for R&D

Inkjet, a relatively new technology that is well known for printing daily used items like photos, books, coffee cups but there is a new emerging revolution happening in the functional application field. Could inkjet be used here as well? In this presentation we dive into the world of printing and explore why functional inkjet printing is so interesting for future applications. You will surely be surprised about the manifold possibilities.

The talk will provide an overview of the advances in multimaterial inkjet printing being made at Nottigham on our range of inkjet machinery and capability. This will cover elements of materials development and process changes to best provide a platform for new applications ranging from pharmaceuticals to 3D electronics.

Beyond Prototyping, an Ink Maker Perspective

The application of Inkjet in the industrial graphic space is now well established. In this talk, I will be highlighting the essential partnerships, and areas of crossover, which will enable the expansion of inkjet into the area of Industrial Inkjet Printing of Electronic Materials.

Transition from LP50 to Production Tools

The LP50 with its versatile platform is dedicated for R&D work. However, scaling up for high volume production requires other capabilities, such as reliability, low cost of ownership or maintenance friendliness. In my talk I will focus on the particular demands of semiconductor industry and the solutions SUSS MicroTec already provides today.

Dennis has a degree in electronics and IT and has been working in several high tech equipment development companies as developer, software system architect, Project Manager, Development Manager and Product Manager. He has worked over 20 years in inkjet technology businesses and has gained a lot of experience in this field. In 2011 Dennis joined the inkjet department in the Netherlands called PiXDRO. At that time it was part of company OTB-Solar that was taken over by Roth&Rau and later by MeyerBurger. Since April 2020 the inkjet department is part of the SUSS MicroTec group, which is expanding its portfolio with the specific inkjet experience that PiXDRO has acquired over the years.

Professor of Materials Engineering at University of Nottingham

Chris is Professor of Materials Engineering in the University of Nottingham's Faculty of Engineering and a member of the Centre of Additive Manufacturing. His research surrounds all things additive manufacturing and 3D printing, where he works with national and industry funders to develop the materials and processes for implementation into real world applications. He is currently running a number of projects based around the manufacture of multi-material and multifunctional inkjet printing, nano-scale additive manufacturing systems, and the development of metallic AM systems for use in industry. Chris is also Director of the EPSRC Centre for Doctoral Training in Additive Manufacturing and 3D Printing, a training and research programme for 66 PhD students co-sponsored by industry. In 2014 Chris span out the company Added Scientific Ltd with colleagues at Nottingham as a route better serve industrial contract research.

Tenure-Track Prof. Dr. Ulrich W. Paetzold leads the division Next Generation Photovoltaics at Karlsruhe Institute of Technology. He was a doctoral student at Forschungszentrum Jülich and received his PhD in physics from RWTH Aachen University in 2013, then continued as a postdoc at imec in Leuven. In 2016, he was awarded an independent research group at Karlsruhe Institute of Technology (KIT). He is particularly interested in unfolding the potential of next generation photovoltaic technologies by research, innovation, and academic education. The research of his team is focused on the fabrication, upscaling, characterization, and understanding of device physics of perovskite photovoltaics and perovskite-based tandem photovoltaics.

Mike Pickrell received his Chemistry and Industrial Economics degree from York University in 1992. He joined Sun Chemical (formerly Coates Electrographics) in 1993 and has worked in both Coates Circuit Products and Sunjet Technical Teams. Currently Technology Leader for Digital Product within Electronic Materials. He oversees a development team working on projects across a range of different inkjet technologies including UV-curing, phase change, water, and solvent for application in the areas of PE/PV and PCB. He has several patents in the field of jet inks and electronic materials.

Degree in Electrical Engineering from RWTH Aachen University with focus on microsystem technology. Joined SÜSS in 2018 as regional account manager and meanwhile responsible for high volume manufacturing customers. Born in Vietnam in 1984 and grew up in Germany. Married and father of two daughters. Enjoys all kind of ball sports and loves spending time with family and friends.

Degree in Mechanical Engineering and responsible for sales support for Inkjet products as of June 2021. I have been working as a sales manager for a machine manufacturer for sheet metal surface treatment for over 14 years. During that time I have been focusing on business development in regions all over the world.
I am married, Father of triplets, movie enthusiast, play tennis and run ultra-marathons and obstacle races.